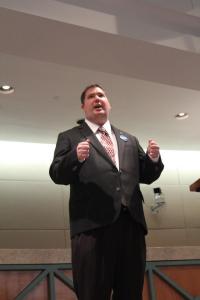 First, there are no poor candidates in this election field.  There are no kooks, crooks, clearly-unqualifieds, or those suspected of corruption. (Though the Group 70 race offers candidates who come uncomfortably close.) Each candidate evidences excellence, appears sincere, and has demonstrated varying levels of community commitment.

My recommendations lean toward candidates with a high volume of court experience, previous judicial experience (meaning incumbency), and whose public service has demonstrated a compassionate heart, attention to detail, and who evidence the capacity to transcend prejudice and heuristic through treating people and cases as unique and individual. I believe that these attributes optimally maximize the potential for consistent, albeit always imperfect, fairness.

When determining the varying levels of these qualities in each candidate I reviewed news reports, both traditional and social, solicited colleagues’ anecdotes, and, when available, reviewed the candidate’s websites.

One factor I refuse to consider is the political affiliation of any candidate. 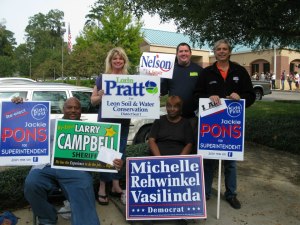 I also chose not to review their success at fundraising, and, unless all other factors were equal, I ignored consideration as to ethnicity, gender, religion, or sexual orientation. If all other factors were equal, I sided with choices that empower representatives of historically disenfranchised communities–this is intended to further the public interest of having a judiciary as diverse as the society it judges.

These are my recommendations followed by a brief analysis of why I recommend them:

*Denotes that the recommended candidate is also the incumbent.

Group 16: Thomas Aquinas Cobitz Both candidates in this race are highly qualified and admired in the legal community. Mr. Cobitz has spent nearly 25 years both as a prosecutor and in private practice. He is also a renowned volunteer in his community. He is a crime watch volunteer, Chair of the Miami Civilian Investigation Panel, and Vice Chair of the Miami-Dade County Criminal Court Committee. His Florida Bar service includes his role as Chair of the Florida Supreme Court’s Traffic Court Rules Committee. He has also worked as both a hearing officer and as a magistrate.

Stephen Millan has also been a prosecutor and a solo-practitioner–mainly specializing in criminal and immigration law. Although his legal career has been impressive, I have failed to identify any extracurricular activities suggesting a serious commitment to public service, particularly when compared to Mr. Cobitz’s near-non-stop volunteerism. The Miami Harold’s endorsement of Mr. Millan includes “As the father of five sons ages 9 through 16, we suspect Mr. Millan knows a thing or two about mediation and listening to both sides.” Being a parent is very challenging, but parental status does not actually evidence qualification for judicial office. Mr. Cobitz has proven his ability to “mediate” through being a hearing officer and magistrate–surely that’s the qualification more relevant to evidence someone’s mediation ability.

You can read the Herald’s endorsement of Mr. Cobitz here.

Under the topic “Homosexual Agenda.” You can read about all the judicial candidates FFC supports, here.

Judge Rodney Smith was also endorsed by the FFC, but his opponent, Christian Carrazana, a personal injury lawyer who was fired from his firm when he refused to withdrawal his candidacy, has a very thin legal resume and I have been unable to identify any extracurricular activities commemorating a staunch commitment to public service.

Judge Smith meanwhile has experience both as a county and circuit court judge and has an extensive record of community volunteerism and public service. I recommend Judge Rodney Smith be retained.

Both candidates in this race are highly accomplished and respected.

Mary Gomez graduated in the top 3% of her class and has approximately 20 years experience. She has even endured a stint at prestigious Carlton Fields (they don’t hire people unless they are hyper-competent). Her community commitment is evidenced with her work for a religious charity and organizations which assist the homeless and victims of sex trafficking. She has a reputation for a very even-temperament, which no doubt has served her well in her family law practice. She has also served as a mediator and magistrate. She has been endorsed by the homophobic Florida Family Collation but has exercised excellent judgment in refusing to acknowledge it on her endorsement’s page.

Alberto Milian has been a career prosecutor with an 80% conviction rate. He has also served in the Army Reserve for 18 years, ultimately as a military intelligence captain. He has volunteered overseas twice. While I deeply respect his service, his reputation in the legal community is questionable with allegations of being overzealous (causing at least one conviction to be overturned) and discourteous (if not explosive) toward defense attorneys. He has twice run for State Attorney and lost.

You can read a slip opinion discussing one instance of Mr. Milian’s alleged temper here.

Please keep in mind this is from an incident in the distant past.

While Mr. Milian is a highly accomplished advocate and has served our country honorably, I recommend the even-tempered and decorous Mary Gomez.

Both candidates in this race are highly qualified and have demonstrated extraordinary community commitment. Oscar Rodriguez-Fonts served as an Assistant City Attorney for Miami, which assures he has a multiplicity of high-volume civil litigation experience. He has also been an assistant public defender which means he has a solid background in criminal law. He has been a staffer for two U.S. congressmen, and his bar service includes Chair of the Florida Bar Grievance Committee–this is the committee that hears complaints against lawyers. He also donates his time to many local non-profits.

Martin Zilber has practiced law with distinction for more than twenty-five years. His practice includes mediation services and he has worked for sundry law firms. He performed a brief internship with the state attorney’s office while in law school. His community involvement is impressive–including several appointments to citizen advisory boards and the Super Bowl Host Committee.

Though the Miami Herald endorsed Mr. Zilber based upon his experience as a traffic court hearing officer, I believe Mr. Rodriguez-Fonts’ experience as Chair of the Florida Bar Grievance Committee is a much more impressive display of quasi-judicial experience. (It is also a very hard position to get.)

You can find the Herald’s recommendation here.

Judge Fleur Jeannine Lobree has practiced law for twenty-two years. First as a Florida assistant attorney general, then as a judicial clerk for the Third DCA, then as an assistant state attorney, and finally in private practice as a civil litigator. She was appointed to the county court, and when, one year later, she lost reelection to her seat, the legal community grieved her loss. She was subsequently appointed to the Circuit Court.

Mavel Ruiz has spent her entire career helping the defenseless and the oppressed. She has served as an assistant public defender, owned a criminal defense practice, and currently works one of the most thankless but very necessary legal positions in creation–the Office of Regional Conflict Counsel. No sane person should suggest that she lacks a heart of gold and is one of the more exemplary members of our species. She would probably make an excellent city commissioner or legislator.

Nevertheless, due to her more diverse experience, including prior judicial experience, I recommend that Fleur Jeannine Lobree be retained.

For some this may be a difficult vote. Veronica Diaz has spent time working with non-profits and seven years as a Miami assistant city attorney–which typically allows for a range of civil litigation experience. However, she has been accused of an only-very-barely legal impropriety involving sending city business, through a third party, to her fiance’s law firm–without telling anyone.

Renier Diaz de la Portilla is a controversial politician, has a mediation business, and very little legal experience. Based upon his statements as a school board member, his understanding of the separation of church and state is questionable. (He proposed a bible study course for public schools–though, of course, this may have just been politics and not reflective of what he would do as a judge.)

Both candidates are thirty-six and neither offers an overwhelming wealth of judicial experience.

Despite the allegations against Ms. Diaz, she was not determined to have violated the ethics rules. Also, the City Attorney asserted that she herself was the one who made the decision to hire Ms. Diaz’s fiancé’s firm.

Because of her superior legal experience, I recommend Veronica Diaz.

Judge Jacqueline Schwartz has served on the Miami-Dade bench for twelve years after having spent many years as a trial attorney. She is a “big sister,” vice president of a local charity that provides clothing to victims of child abuse, organizes the annual “Law Day” for school children, and spent several years as an adjunct law professor.   Troublingly, she is also endorsed by the FFC (though she wisely makes no mention of it).

She has two challengers. Frank Bocanegra was admitted to practice law in 2008. Prior to joining the Bar, he served thirty years as an incredibly respected and accomplished law enforcement officer (retired a major) and has also briefly served as town manager of Miami Lakes. Rachel Dooley has practiced for more than 16 years both as a prosecutor and in private practice. Her endorsements include the League of Prosecutors and SAVE PAC (a respected marriage equality advocacy group). Neither opponent seem to have a remarkable record of volunteerism or record of organized nonlegal-related public service.

Both of her opponents are qualified, but Judge Schwartz has served without controversy for twelve years, consistently closes more cases than any other county judge, and frequently finds time to volunteer in the community.

While Judge Jacqueline Schwartz may close the most cases, Nuria Saenz consistently has the least number of pending cases. She has served on the county bench since 2005 without controversy. Prior to her judicial service she has served as a magistrate and as a general and special master. She began her career working for Legal Aid despite being in a position to accept much higher paying jobs in the private sector. Like myself, but only a few others, while in law school she served both as a Law Review editor and as a member of the moot court. (Serving on a Law Review or on the Moot Court are highly prestigious, very competitive, and tremendously time consuming. In any given year only a handful of law students in the state get appointed to both.)

Victoria Ferrer is a real-estate broker and has practiced law for about eight years. While in law school she clerked for a local probate judge. She is also, by all accounts, very eloquent and passionate about people.

Judge Saenz’s experience makes her the more qualified candidate and I recommend that she be retained.

What are your recommendations? Please share in the comments section below!

A Brief Note about the Florida Democratic Party’s Primary for Attorney General:

If you are undecided in the Florida Democratic Party’s Primary for Attorney General, please consider voting for George Sheldon.

I don’t have a single negative comment about his opponent, but George’s experience is transcendent. His problem solving skills and ability to create consensus have been repeatedly demonstrated during his service in senior posts at the state and national level, working under both Republicans and Democrats. He has dedicated his entire public service career to advancing the cause of human rights (by breaking up human trafficking rings), protecting the defenseless (particularly abused children), and uplifting the oppressed (by reducing the error-rates in welfare and food stamp distribution).

He spent a career working for previous attorney generals, ultimately becoming chief deputy (for central Florida) to beloved Bob Butterworth. When the Department of Children and Families was in shambles–then Governor Charlie Crist tasked him with fixing it. He has also served as a senior official in the Obama administration. Prior to serving in the executive branch, George spent 8 years in the Florida House of Representatives.

You can learn more about this extraordinary human being here.

You can compare George’s record with his, also qualified, opponent’s here.