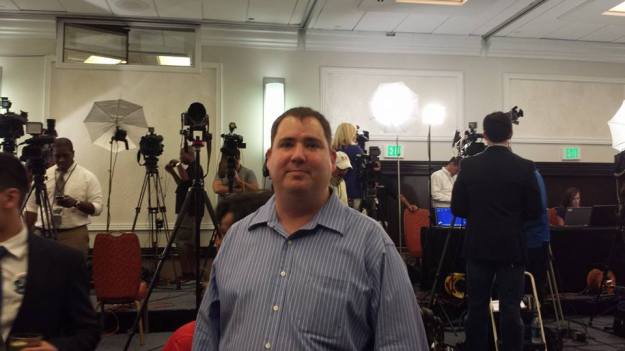 Remember to vote early.  Here is a list of all Early Voting Sites in Miami-Dade County.

This guide is intended to help undecided voters throughout Miami-Dade County identify relevant information relating to potentially otherwise unknown candidates when deciding which individual most deserves your vote. It lists all candidates for each contested county, judicial, and special district board election appearing on the November 4, 2014 ballot.

Directly under each candidate’s link to their campaign website or Facebook page, or the words “No Website Found,” is, when available, a link to each candidate’s most recent campaign finance report as of October 10, 2014. This link is titled “Latest Campaign Finance Report.”  If I was unable to find a posting of their most recent (or any) posting of the candidate’s campaign finance report, instead of a link, you will find the statement “No Campaign Finance Information Found.”

Because whether or not their campaign finance reports are published timely by third parties is beyond the reasonable scope of responsibility of the candidate, it may be appropriate not to hold their status of “No Campaign Finance Information Found” against them.

Except for judicial races, the political affiliation of each candidate, as recorded by the Miami-Dade Supervisor of Elections, is stated next to the name of each non-judicial candidate.  Though these are non-partisan races this information is provided for voters who are strongly affiliated with a particular political party and wish to vote for members of that party in local non-judicial offices.

In a very few instances I was unable to confirm a candidate’s voter registration status, and therefore, their party affiliation (if any). For those few candidates the words “Could Not Confirm Voter Registration” appear in place of their party affiliation. In almost every case they are probably registered, they just may not have updated a name change or they may have a name submitted for the ballot that is different from their legal name–such as when someone gets married, takes her spouse’s last name, but keeps her maiden name for election purposes due to its familiarity with voters. Also, sometimes, their name has simply been misspelled in the database.

In other words, consider not penalizing the candidate just because we couldn’t divine the universe of possibilities when looking up candidate names through the database.

For those candidates stated as “NPA,” that simply means that their voter registration states that they have “No Party Affiliation.”

Some voters believe that incumbents should be retained if they perceive that the current Commission or Board is doing a good job as a whole. Conversely, dissatisfied voters  may wish to “vote the bums out” (though please consider first making sure that the incumbent on the ballot hasn’t been the one trying to solve the problem.) Therefore, if a candidate is an incumbent, it is so stated next to their names.

For the vast majority of candidates, the only information the Guide provides are their names, party affiliation, and, when available, links to their campaign websites or, as of October 10, 2014, their latest campaign finance reports.  Occasionally, however, there is an outlier candidate worthy of special attention.

Sometimes, it’s a positive highlight members of the general public may not commonly know: Lakes by the Bay South Community Development District Seat 5 candidate William A. Pacetti III has a well documented and long history of commitment to his community.

Unfortunately, other times, a candidate may have a noteworthy unorthodox past or demeanor, that those who do not often pay close attention to local politics may not be aware: The Miami Herald revoked its endorsement of sitting Judge Jacqueline “Jackie” Schwartz after she allegedly behaved inappropriately with a small business owner over a campaign sign–she also allegedly still sends out mailers saying she is endorsed by the Herald.

In the event that a candidate may be an outlier, a small note is made beneath their name, campaign website link, or phrase “No Website Found,” and their Latest Campaign Finance Report or phrase “No Campaign Financial Information Found.” The representations and accusations are not my own, so I include a link to news reports (and one Youtube video) in citation of the statements made. In these cases, I hope you will do further research on your own.

When available, I offer a link to the Miami Herald’s analysis of each race.

I will not disclose the political affiliation of judicial candidates.

Jacqueline “Jackie” Schwartz (Incumbent)
Campaign Webstie
Latest Campaign Finance Report
Caution: The Miami Herald has retracted its endorsement of her reelection due to questions of her temperament, but reportedly, she is still sending out mailers saying she is endorsed by the Miami Herald.

William A. Pacetti III (Incumbent) DEMOCRAT
No Website found
Latest Campaign Finance Report
Note: 2010 he was given a certificate of appreciation from the Miami-Dade County Commission.

The view outside “Verde.” It is, I must say, an appropriate artistic expression for Miami politics. When the new owner of the iconic Miami Herald Building was refused permission to build a casino, he spontaneously exploded half his building to treat tourists with a perpetual view of what he thought about the government’s decision.